There are many people who are looking to get BGMI unbanned officially. As you all know that BGMI game is banned in India but govt. of India has not removed the game server from India or we can say that the game is removed from the App store. Because Game is running very well in India. People related to the eSport are keep looking in this because this is about their career. Also who run eSport organization has pointed their eye on this because they have invested a lot in this.

We are getting a lot of rumors like last time when PUBG MOBILE was banned in India and a lot of people were talking the date and it took almost 7-8 months or we can say more. Same is happening here, we are getting date after date of BGMI unban.

As per source BGMI is going to launch in March-April 2023. The exact date of BGMI launch is not available.

People were saying that game is going to launch in Christmas and date passed and one more date we ere getting that Game will launch before 15th January 2023 and there isn’t news till half day of 15th January. Most of the BGMI News channels in YouTube are giving false information to manipulate the BGMI audience as we know there are huge audience who play BGMI. To get views some YouTube channels are caverning non related hints. There are still many BGMI News channels on YouTube who are giving authentic news regarding BGMI launch.

Other hints from BGMI gaming Community

I don’t know exact date when BGMI is going to launch but as per people are talking Game will launch in first week of February or if don’t then it can launch in March – ScoutOp (BGMI esport player).

These are latest comment given by popular people related to BGMI game. These comments don’t prove anything but we should keep in mind that these people are one of those who are waiting for the game more than normal gamers. They must be saying this because they got this news from official source of from anyone who works in the Game company.

A google India employee had given an information about BGMI launch on popular gamer Dynamo Gaming’s YouTube channel when he was doing live stream and he was looking so confident about the launch of game. After few days we got to know that something happened and might be Game launch will delay. People are still talking that game will launch on January month but some leaks are saying that game launch will delay. 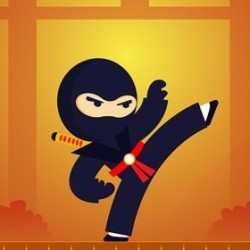 Can play games 365 Days in a year. I am mobile game addict. I cover Esport news in this site.